This year LAM celebrates its 10th anniversary. It was an exciting journey from the beginnings till now. :) 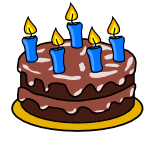 The past
The project was founded in 2003 as web GUI for Samba (Samba 2!) accounts in an OpenLDAP database. Over the years LAM developed to one of the standard tools for LDAP account management. It is used by people all over the world and translated to 16 languages. While the first release only supported users, groups and hosts the current LAM release supports 16 different account types. In 2006 the LAM Pro version was introduced. It provides additional features for enterprise usage and is the financial basis for LAM's development.

Highlights of the last 10 years:

Many thanks to all who contributed to LAM by e.g. donating code, maintaining translations and reporting feature requests or bugs.

The present
From Asterisk over Samba to Zarafa, at the moment there exist 60 plugins for all sorts of LDAP-enabled applications.
Using the custom fields module LAM can also support your own company schema. Next to LAM's interface for admin users there is the self service that helps your users to manage their own data.

The future
LAM will continue to provide support for additional applications. The next big milestone will be Samba 4 support.
Of course, in the end you - the users of LAM - decide. Please post your ideas, comments and wishes to LAM's mailinglist or the feature request tracker.


See the application evolution on our gource video on YouTube: